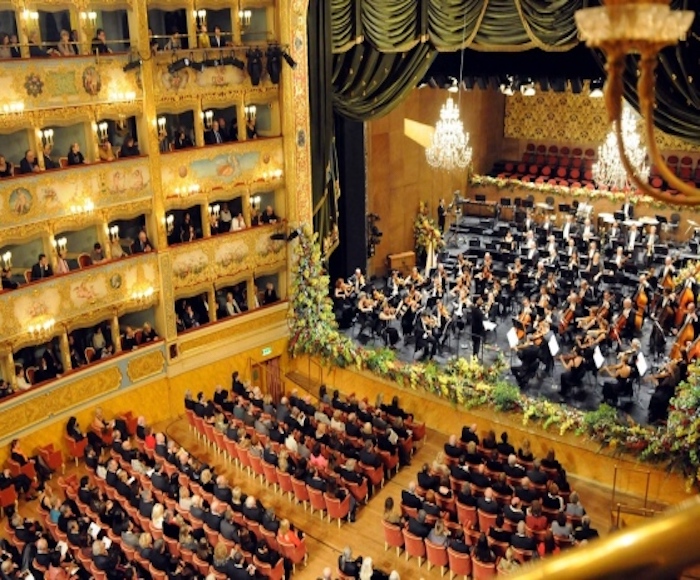 GRAN TEATRO LA FENICE
La Fenice theatre, built by a company of upper-tier block holders, ex-proprietors of the San Benedetto Theatre, appeared right from the start as the official theatre of the Venetian aristocracy: this status also reflected itself in its elegant architectonic decorative appearance. Inaugurated in 1792 with the musical drama “I Guochi d'Agrigento” by the famous Giovanni Paisiello on the libretto by Alessandro Pepoli and the ballet “Amore e Psiche” by Onorato Viganò, set to music by Giulio Viganè, the new theatre immediately took on a position of absolute prominence in the lagoon city, greserving for itself the most prestigious music of the time, the serious opera.
----------------------------------
How To arrive
"La Fenice" Theatre can be easily reached by taking water boat Lines 1 or 2, which runs on the Grand Canal and has stops at both the train station and Piazzale Roma (which has both parking facilities and buses). Just get off at the nearby stops of Santa Maria del Giglio and Sant'Angelo (5/10 minutes distance dy foot).