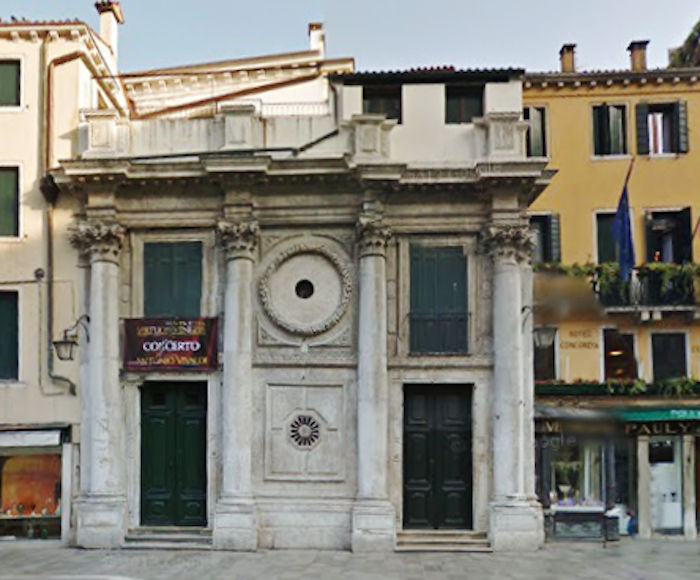 The church Ateneo di San Basso was built in the year 1076 in honours of the holy Basso and is therefore, according to the opinion of the historian Flaminio Corner, one of the oldest churches of Venice. After the fires of 1105 and 1661 the church was built up again. The simple and classical elegance of today is possibly to be owed to Balsassarre Longhena, who was factor of the Basilica di San Marco at that time.
In the year 1806 the church was robbed of it's altars and it's decoration. Afterwards the Ateneo di San Basso was sold to a private owner and redeemed later by the Patriot Jacopo Monico, who handed the church over to the Fabbriceria di San Marco on 28 December 1847. For a century the church was used by the Fabbriceria as marble and sculpture camp as well as technical office. In the 1950's the building was reconstructed and furnished as conference hall. On 25 March 1953 the Ateneo di San Basso was inaugurated by Angelo Giuseppe Roncalli, the later Pope Johannes XXIII.
Also used as a classical music venue, visitors can enjoy the sounds of Vivaldi and Mozart in this historical landmark.